Leading the chemical and petrochemical sector

When Campilli came to chair Montedison in 1969, I became its CEO, a position I maintained for about two years after Eugenio Cefis took on the chairmanship.

In 1973 I resigned from my position at Montedison, and went on to become first General Manager and later Deputy Chairman at ENI.
In 1979, I was made ENI’s Chairman, a position I held for a year.

During my five years in ENI’s leadership, in addition to devoting myself to the country’s oil supply, I also made great efforts to increase that of natural gas (methane), in my conviction that doing so would set in motion a geographic redistribution of energy supply sources for the country.

Ahead of the times, I clearly saw how using methane had a lesser impact on the environment than other fuels. 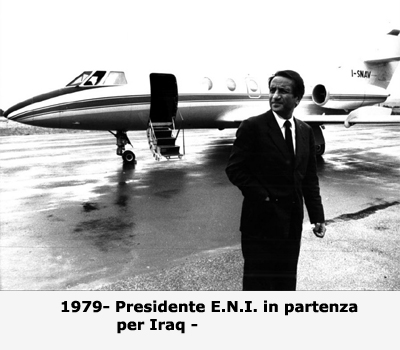